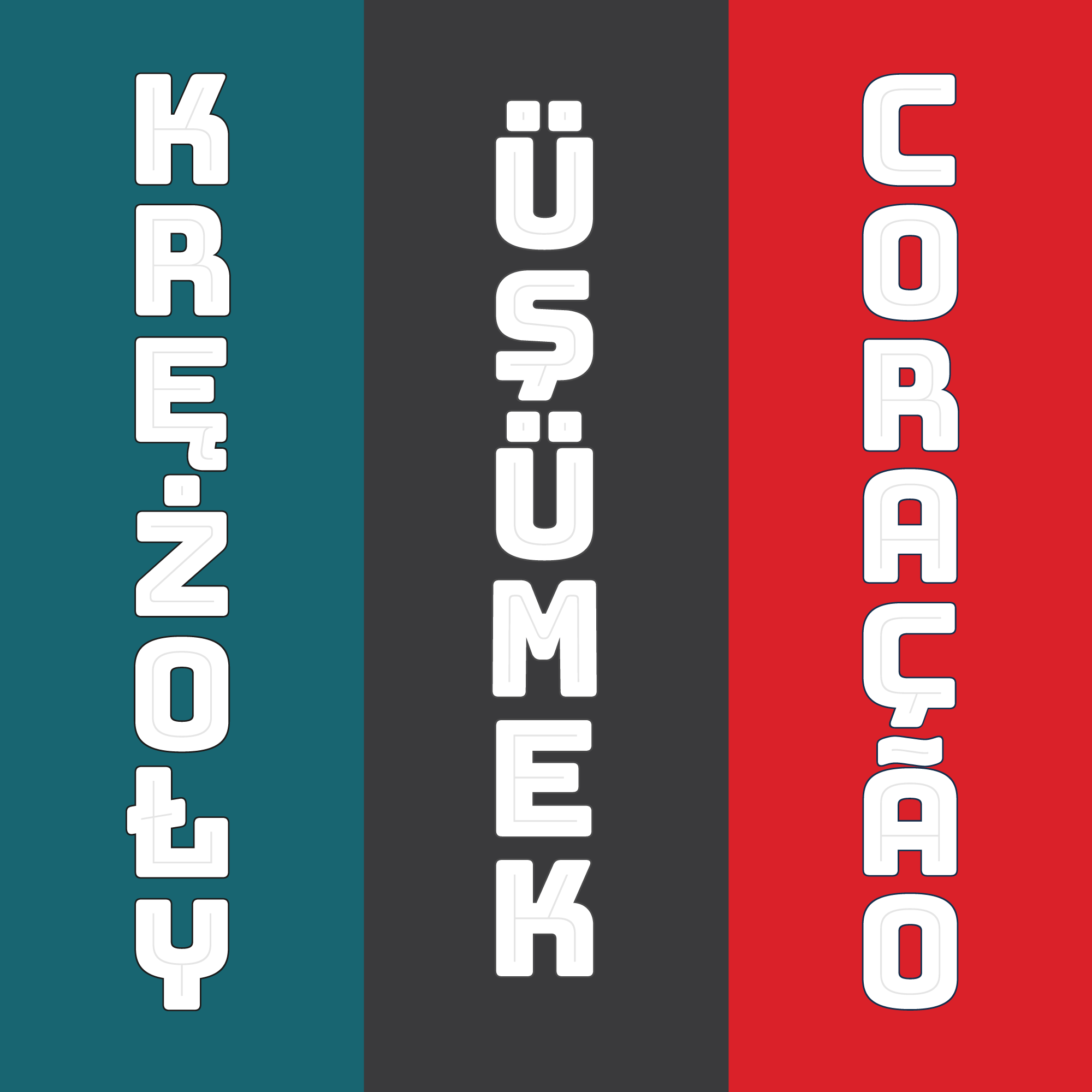 Stacking letters gets extra tricky when accents are involved. Bungee’s accented characters are spaced and kerned so that they set well with other letters, even other accents. Here are three examples from Portuguese, Turkish, and Polish that show Bungee’s accent-to-accent spacing.

The ever-hilarious Chris Lewis came up with a great term for this: staccents!